Here's a quick snapshot of how the court would consider child support for a couple where one parent makes about $150,000 working in the tech sector and the other parent has stayed home with the children and works a 20-hour-a-week minimum wage job at a non-profit. The calculations assume this couple has two children, ages 5 and 8:

- First, the state calculates the net income available to the children from both parents, using a formula to derive that income from the gross income reported on taxes. The family law commissioners make everyone use the same state formula to calculate their net income for child support. So under the state formula $150,000 gross salary will be $9,348 monthly net income (It doesn't matter if your tax returns show a higher or lower number. This is the number the commissioners will use).And the parent working part-time at $15 an hour at a non-profit, 20 hours a week, would bring home $1300 a month, which under the state formula is $1,178 (the state formula takes much less from incomes lower than about $50,000 a year, but also has a set-off to keep the parent from paying too high a percentage of their lower income).

- To the state, this couple should be paying child support to their children based on $10,521 per month (which is not too far under the state formula's high-income limit, so even if you don't feel rich, the commissioners kind of think you are). Each parent will get a "self-support reserve" of 125% of the federal poverty level, or $1,329.

- Using the poverty "self-support reserve" and comparing each parent's income to the other in a ratio, the commissioners would expect the IT employee parent to pay $2,017 and the part-time non-profit employee parent to pay $254 in child support each month. But this is NOT the check that one parent would write to the other - that's a transfer payment. And this number also DOES NOT INCLUDE some other expenses the commissioners would want to see the parents pay.

- Finally, the commissioners would calculate that the IT employee should be paying the non-profit employee, at a minimum, $1,917 per month.

Most parents would want to stop there - they have a number and that's it. But Seattle has really high living expenses. Rent for a two-bedroom is easily $2,500 a month. Most family law commissioners would NOT expect to see one parent paying the minimum and that's it. Because the other parent would be living on food stamps. The commissioners want something that's "fair" and that covers all the extra expenses that children have. Overall, they want to see the children living on about 45% of the total income available to both parents, so 45% of $10,521, which is $4,734. To bridge the gap from $1,917 to $4734, the commissioners are going to look at the overall child support categories, and divide those between the parents. Since the non-profit employee only owes $100 a month, the commissioners would expect the IT employee to pay the rest.

The four broad categories of shared expenses are: Uninsured Medical, Daycare (meaning any shared childcare regardless of the child's age, but not childcare specific to only one household, like a nanny), Long-distance travel, and Education. The commissioners will not make a list of all childcare expenses, though, because overall they want  the children to be kept comfortable in the lifestyle that their parent's income affords - if other children in this income bracket go to college, then they want to see college savings, and if other children in this income bracket have a computer, then they want to see a computer for the kids.

The calculation for the extra expenses can look many different ways. But in general, it's usually going to end up around the $4734 range, regardless of what an individual lawyer's parent might do. Lawyers tend to over-promise "Oh we can get that support down by lowering the net..." but really it's just a math problem. And the math is what it is.

Parents can, however, calculate their own support goals with more specifics and in a way that takes into account each parent's individual circumstances. An agreed order can have a "deviation" and lower the child support amount, or an upward adjustment that's higher. Within certain statutory guidelines, the parents can work out whatever they want to do. In court, your lawyer may stretch things out for months. But most families agree to an out of court settlement in one or two sessions. You know more about your own money than anyone else.

If you have any questions about the information presented here (which is not legal advice or intended to create a legal relationship) then feel free to email [email protected] or call 206-747-3029. 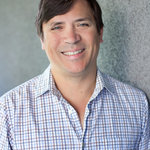 Jeff Steen has a masters in education and has trained extensively in resiliency strategies and conflict management. An educator with 23 years experience, he is the 2013 state-wide winner of the Golden Apple Award for excellence in education. Jeff developed the philosophy for Westside Collaborati...

Thank you for contacting us. We will get back to you shortly - Jeff and Elizabeth Steen

Please complete all required fields below.

Divorce Without Court: Westside Collaborative Law PLLC is committed to answering your questions about divorce law issues in Seattle.

We offer a free consultation and we’ll gladly discuss your case with you at your convenience. Contact us today to schedule an appointment.