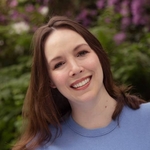 Elizabeth Steen, J.D., started her first job at age nine, selling peppers from her family's organic farm to local restaurants. Elizabeth began her legal career as an intern in the United States Senate after graduating from Indiana University Bloomington – Maurer School of Law in 2007. She's licensed in Washington State as well as Washington DC. She is a member of the Pierce County Center for Dialog & Resolution Mediation Practicum, West Seattle Collaborative Law, and the Family Law Practice Group for King County Collaborative Law.

Elizabeth's parents and in-laws were all divorced (some several times), and she and her husband Jeff were both divorced before they married and had a daughter together. Elizabeth believes divorce is hard, and heartbreaking, but it can also be a fresh start. Divorce leads to new relationships where your needs can be met, and new family combinations where you can all be treated with respect and fairness.

After work, Elizabeth enjoys making her West Seattle renowned flan and other recipes with her daughter, which she's willing to share with favorite clients. She also enjoys hiking, yoga and chasing her family's fantasy football league title every fall.

Thank you for contacting us. We will get back to you shortly - Jeff and Elizabeth Steen

Please complete all required fields below.

Divorce Without Court: Westside Collaborative Law PLLC is committed to answering your questions about divorce law issues in Seattle.

We offer a free consultation and we’ll gladly discuss your case with you at your convenience. Contact us today to schedule an appointment.